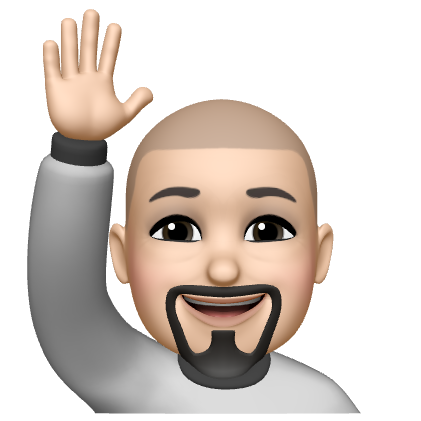 Awareness is Enough (in 40 Parts)

Where do we go? Do we fight? Do we hide? Do we have a choice? Are we the actors on a large stage that we do not control? We sit at a crossroads, a ceasefire.

Who are you at war with?

Part 2: How did you first meet Bassel?

When I first met Bassel in-person it was after a leap of faith when he invited me to Damascus in 2009. We were about to pull off the biggest feat of our lives: to launch Creative Commons Syria. I arrived at the Damascus airport after a wild ride from China. When I landed at my stopover in Qatar, I had never seen such diversity in cultures. I had a work call and went to the only place I could find with power and internet, an Airport lounge. Have you ever tried every credit card in your wallet, and one-by-one they are blocked for security reasons?

I didn’t even know what Bassel looked like! This was pre-cameraphone guys. I landed. BMWs were there standing by on the tarmac. WOW! VIPs hopped off the jet and off they went! This was my first time in the Arab World. I didn’t even know if I could look at people in the face. I didn’t know how to interact with anyone. I kept to myself, slightly nervous. After a very lax immigration, I walked thru the gate. Have you ever seen 50 people with hawks on their arms in an airport?

I walked forward. Only with my empty brain and open heart could I take the next step. A sea of cacophonics entered my ear from all manner of person: “Taxi?”, “Amerikii?”, “Bus?”, “Cellphone?”

And a gentle figured emerged: “Hey man, how are you?”

Part 3: Who was Bassel to you?

To me, he had 3 names. The first name I saw in a chat window on the open source project, Inkscape: BASSEL. After I put out a call for help. BASSEL, was the only one who responded. He gave me a gift, a gift of code. In my culture, from the heart of America, St. Louis, Missouri, the Mississippi River Basin, I was taught by my Mom and Dad to first trust people 100%. And, that’s what I did.

Later when planning the Creative Commons Syria launch, I learned BASSEL’s name was Bassel Safadi. Down the road, post-launch, I helped Bassel prepare some paperwork to travel to Singapore. It was the first time I saw his real family name in English, Bassel Khartabil.

“Dude, what’s up with the fake name? I am sponsoring your trip. My ass is on the line!” I asked intensively. He said, “Safad is the name of my family’s home. It is common for Palestinian refugees to take on the name of their home.”

Needless to say, I got more intense on him to insure I was dealing with the real Bassel Khartabil. And, it struck me. Who is Mark Twain? One of the most storied well-known well-read authors of all-time, born in Hannibal, Missouri, the Mississippi River Basin, like me. As many of you know, his real name was Samuel Langhorne Clemens (November 30, 1835 – April 21, 1910).

Today is May 22, 2021. Bassel Khartabil would have turned 40. The 2021 Israel-Palestine Crisis that has killed Israelis, Palestinians and possibly more, in unknown numbers with unknown names associated with the deaths, is in a ceasefire. Globally, people around the world are mounting all forms of rallies to call attention to this conflict for many sides of which way the world should spin.

Bassel, as I knew him, was a non-violent, peaceful human, who had studied all forms of nonviolent communication. He was gentle. He had a pet turtle he named Aiki and a cat he named CiCi (after Creative Commons). He left the world loved by his beloved Noura Ghazi, his father Jamil, and countless other family and friends.

The love persists. His message of peace and nonviolence, too.

Today is a day of remembrance, and I charge you up with the prompts: How did you first meet Bassel? Who was Bassel to you?

Please share wherever and however it makes sense to you, because its #bassel40 baby!

What can I do? I have learned so much from you, too. THANKYOU.

I’m not the same as when Bassel was on the Earth. I’m someone new. Do you feel the same?

I needed power for the Italian-keyboarded MacBook Pro with the last Intel-chip inside Ai Weiwei got for me to finish “the most expensive part” of his Opera delayed by the pandemic. I re-entered my family zone and my 17 month year old, Li Li came running…”Da Da!!!!!”, she gleefully shouted.

I grabbed my power adaptor thru the Dad tricks I have learned. I stealthily tried to slip out the door. “Da Da!!!!!””, she ran to me, grabbed on and wouldn’t let go. I hugged her. I squeezed a bit harder today. I teared up and said to her, “I love you so much.”

Back to finishing this writing, the St. Louis Arch, in my view. I said to myself, “Yeah, here’s what I can do.”

Two fragments enter my mind: (1) A Jewish friend of mine told me, after I told him the story of losing my sister Charis Phillips and then Bassel Khartabil, that in Jewish culture, the highest form of honor of someone who has left the earth is to take up their spirit, their cause. (2) Heard of Bitcoin? Bassel was the first investor in the first Bitcoin miner, Qi Hardware’s Milkymist.

Today, May 22 in St. Louis Missouri from three to five pm (and around the world) I am leading with friends, the largest Pizza Party Ever. Today is also the anniversary of the first Bitcoin business transaction. Those in cryptocurrency call today, Bitcoin Pizza Day.